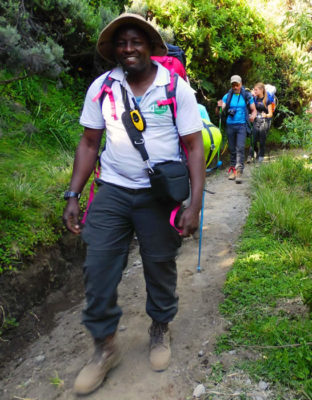 Zeph has been working in the tourism industry for over 20 years. Zeph started working in the tourism industry as a chef and later a porter for Kilimanjaro. Zeph has extensive knowledge about the national parks from practical experience after having visited them for several years. He also attended training on Tour Operation Management at Mount Meru Tour Guide and Management College, which ensures a flawlessly planned trip. Enquiries to RA Safaris are mainly dealt to by Zeph and Eli. His favorite park is the Ngorongoro Crater. Zeph holds a BA (Resources and Environment) and MA (Development Studies) from the University of Dar es Salaam. Zeph have also attended courses in Enterprise Management at Harbin Institute of Technology in China where he also studied Mandarin (Chinise). In addition to to that, he has attended several trainings in tour operations management. Zeph will at times go out to the bush and mountain trek to update himself and have fun with his clients. He also worked with the Open University of Tanzania as a Lecturer for 10 years while at the same time served RA Safaris. His whole energy is placed on RA Safaris, arranging great Tanzania adventures. Zeph is a native of Tanzania and speaks English, Swahili as well some Chinese. See his reviews 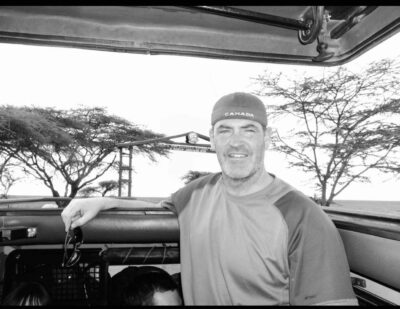 Glenn is an owner operator of his own adventure travel company. Glenn is an avid traveller and has guided many groups to adventurous locations around the world. He has also climbed Mount Kilimanjaro, and been on many safaris with RA Safaris. He has experienced basic and luxury camping, permanent tents, and hotel lodges. Glenn remains an independent adventure consultant, and is happy to discuss with you any questions or concerns you may have about travelling to Tanzania and going on Safari and/or conquering Kilimanjaro with RA Safaris, a Tanzanian Owned and Operated Safari company.

Glenn lives with his wife and two kids on Vancouver Island, British Columbia, Canada, where he is always planning his next adventure.
Email: canada@rasafaris.com
Phone: 1+(416) 570-0703 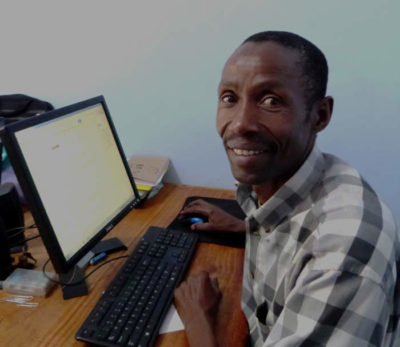 ELIREHEMA PALLANGYO (Eli)
Elirehema has diverse experience both on wildlife and mountain climbing. He served as a camping safari chef for years, later as as a camping manager in Serengeti before he decided to join RA Safaris for on-job training to practice his field knowledge and experience. Eli works as a Travel Consultant and is a very resourceful. He will always be up to reply to your emails and send itineraries and any other required information. His experience in the field makes him very reliable in arranging proper itineraries as he has been to almost all National Parks in Tanzania so he know where you want to enjoy your holiday. He has also visited Mozambique.

Eli was born in Poli village, on the slopes of Mount Meru, in Arusha Region. He attended Primary education in Poli Village staying with his parents and rearing cattle while schooling. Later he enrolled for secondary education and completed his form four at Singe Secondary in Babati, Manyara Region. Eli is a native Tanzanian. He is fluent in English as well as Swahili. See his reviews 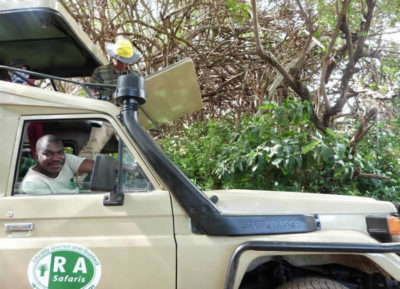 Salehe was born and raised on in Dar es Salaam, the business capital city of Tanzania. Salehe attended his primary school education both in Kilimanjaro and Dar es Salaam. He then did Secondary education at Boza Secondary School in Pangani, Tanga Region completing in 1986. After completing Secondary Education Salehe decided to build his career by undertaking a diploma course in Tour Guiding at Mount Meru Tour Guiding College, in 1994 which makes his foundation in his job. After that he worked in hotels in while looking for his way to the desired target. He then had an opportunity to work with the Ngorongoro Conservation Authority Area (NCCA) from 2002 – 2004 which kept him close to the nature and his wishes for becoming a professional guide. While working with the Ngorongoro Conservation Authority Area, he managed to learn Mechanics which gives him extra confidence and safety assurance to his clients. He worked with the Ngorongoro Conservation Authority Area for three years which enriched his knowledge on both flora and fauna.

After completing his engagement with Ngorongoro Conservation, he has been working as a Driver-Guide. He happens to have worked with two renowned tour companies in Arusha before deciding to join RA Safaris Team. His knowledge and experience makes him competent in all aspects including Flora, Fauna and driving. Salehe can’t recall how many groups he has taken on safari both for wildlife watchers, bird watchers, photographers etc. Salehe is fluent in English and Swahili.

During spare times and when not in the bush, Salehe enjoys listening to music, reading Flora and Fauna books, magazines, novels, watching TV.

joined RA Safaris in 2011 after having worked with other renowned tour operators in Arusha. He is knowledgeable on flora and fauna, and in all general aspects. , after completing his form four education, he immediately went for a mechanic course which gives him extra confidence when driving. He completed his form four in 1988, did mechanics course 1999-2000 then like most others he enrolled at Mount Meru Tour Guiding College. He have been guiding since 2007.

Elly has been working as Driver-cum Guide for over 8 years. He is knowledgeable on Flora & Fauna. He happened to be trained well by South African Investors for about three years which keeps him very confident and professional, ask him any question on flora and fauna you will have the answer. Elly has been out in the bush many times with Twitches, so that he can identify different varieties of birds from far with his naked eye or by their sounds.

Elly says he enjoys working with RA Safaris Co. Ltd because he feels he is in a team. His unforgettable scene was when he watched hyenas killing wildebeest. He has extensive experience both in the Northern and Southern Circuits. He has also been on safari in Kenya Parks and traveled to Zanzibar Islands. He is always with his fauna and flora books for updates.

Elly completed his primary and secondary education before making himself a professional Driver-cum Guide. He is a native Tanzanian and he speaks English, French and Swahili fluently. 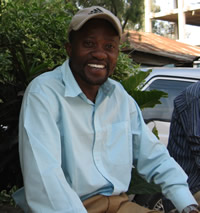 FADHIL ISMAIL
Fadhil has been working as Driver-cum Guide for more than 13 years. He is very knowledgeable and experienced. Fadhili originates from Southern Tanzania. Fadhili has guided tourists in all corners of Tanzanian so driving with him is admirable. His wish is to explore other parts of the world especially South Africa National Parks. In his spare time he likes watching football and reading wildlife books. See his reviews 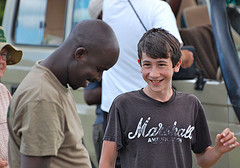 Askofu is swahili meaning Bishop. Isa entered the tourism industry since 1992 after completing his Secondary Education, learning camping safaris but later in 1993  he enrolled for Advanced Level Secondary Education which he completed in 1995. After completing in 1995, he energetically resumed his participation in the tourism industry and attended driving courses along with tour guiding and computer training. Since then Isa has been an active tour guide and he enjoys his work. He did Tour Guiding at Mount Meru Tour Guide College in Arusha and he has been updating himself in the field. He is always with his wildlife books to make sure he is current. Isa has guided many tourists and all ends up praising him. When you meet Isa you may feel a stranger but in minutes you will be friends. His smile and sense of humor receives high credit from his safari members. Isa is a very well experienced and knowledgeable guide on flora and fauna throughout Tanzania. He is very knowledgeable at wild animals and birding so whether you are after wild animals or birding you will be happy having him. You will also appreciate his knowledge about the Tanzanian economy and culture as a whole. Ask him any question, he will smile and then get you the answer. He always has a smile and you will surely be happy to have him as your guide. Isa was born on the slopes of Mount Meru and took his primary education at Nshupu Primary school then enrolled for Ordinary Secondary Education at Makumira Secondary School. He later did his Advanced Level Secondary Education at Siha Secondary School on the slopes of Mount Kilimanjaro. In addition, Isa has lived in the USA for 3 years in the past which also gives him a credit in his profession. He is fluent in English as well as Swahili. 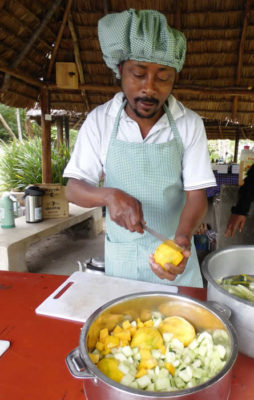 MECKY KISAMO (Camping Chef)
Mecky makes part of RA Safaris Camping Team. He has been working as Safari Chef for over ten years. He worked with several safari companies before realizing he should work with RA Safaris Co. Ltd. 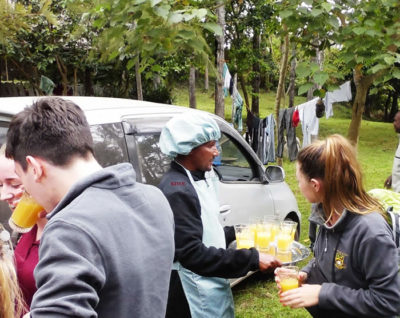 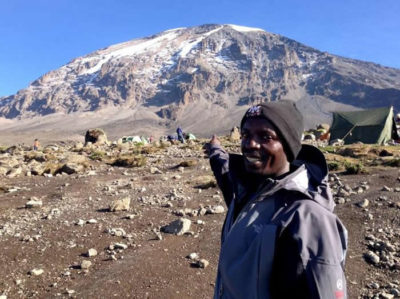 MICHAEL MTUI
Michael (at the center in the photo) has been working as Kilimanjaro and Meru Mountains Guide for years and he can not recall as to how many times he has been at the top…..”Oh! I can’t Count”

As many others, Michael started as a Porter and then Assistant Guide. In 1997, he was among those nominated by Kilimanjaro National Park Authority (KINAPA) for a one month Mountain guide training and so was certified as Full Licensed Kilimanjaro Mountain Guide. In 2006 he attended a two weeks course on Rescue and First Aid safety guiding, the training which was sponsored by KINAPA. Michael was born in Lyasomboro Village in Marangu. He did his Primary Education at Lyasomboro Primary School from 1986 to 1993 and Secondary School Education at Lombeta from 1994 to 1997. He is fluent in English, Swahili and Kimarangu which is his local language.

Michael’s favorite route for Kilimanjaro is Machame Route because of friendly weather and acclimatization (up and down) and he says. Michael is very good at diagnosing altitude sickness and he will always be telling you “POLE POLE” meaning ‘slowly slowly’.

Michael aspires to trek other world summits like Everest in Nepal. See his reviews 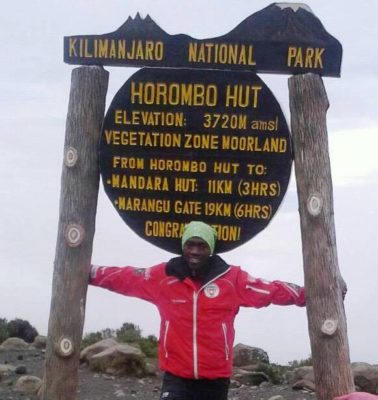 Idd was born in Kilimanjaro Region, close to the popular and highest mountain in Africa Mt. Kilimanjaro. He did his primary Education at Burka Primary School in Arusha from 1998 – 2004 before enrolling for his Secondary school education at Arusha Day Secondary school between 2005 and 2008. Afterwards he attended Wildlife and Tour Guiding Course at Avocet Tourism College in 2010 while already started serving as a porter for Kilimanjaro and Meru mountains. In 2012, he attended Mountain Guiding Training program organised by Kilimanjaro National Park and at the end of the course became one of the best students. He was offered a full licence for Guiding on the mountains and immediately was absorbed by RA Safaris. Since then he has been part of RA Safaris Core team. In addition, he attended First Aid Course organised by Kilimanjaro National park in 2013 and 2015 which enables him ensure his clients are always safe as it becomes easy for him to understand any changes while trekking. He is fluent in English and Swahili. Idd has been guiding and helping trekkers on Mountains for over 5 years and, his favorite route is Lemosho. He says, “The route I most prefer is Lemosho due to the views and acclimatization which attributes to high summit rate”. 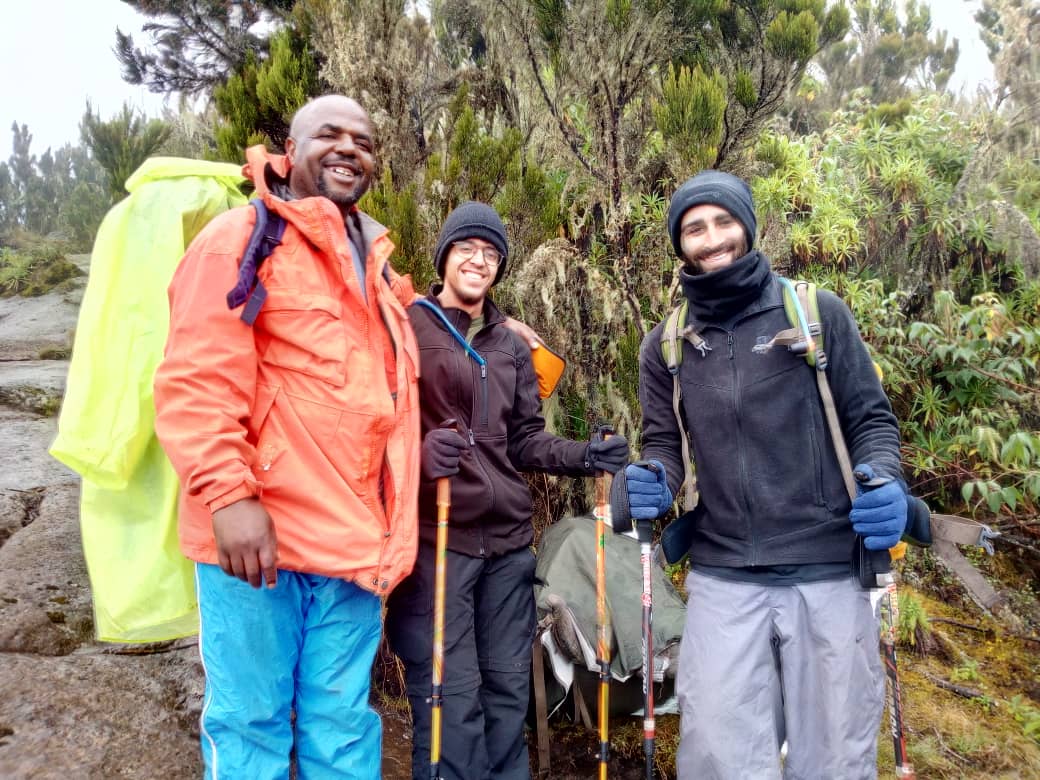 Sele started as a Porter for one year then Assistant Guide. In 1995, he was among those nominated by Kilimanjaro National Park (KINAPA) for a one month Mountain guide training and so was certified as Full Licensed Kilimanjaro Mountain Guide. In 2000 he attended a one week course on Rescue and First Aid safety guiding, the training which was sponsored by KINAPA. Seleman has 25yrs of experience working as a Guide on Mt. Kilimanjaro, Mt. Meru and Mt. Kenya. He was born in Tanga region. He is fluent in English, Swahili, and Sambaa which is his mother tongue.

Seleman fit on all-weather (up and down). He is very good at diagnosing altitude sickness and  will always be telling you “SIP, SIP and slowly slowly or in Swahili, pole pole”.